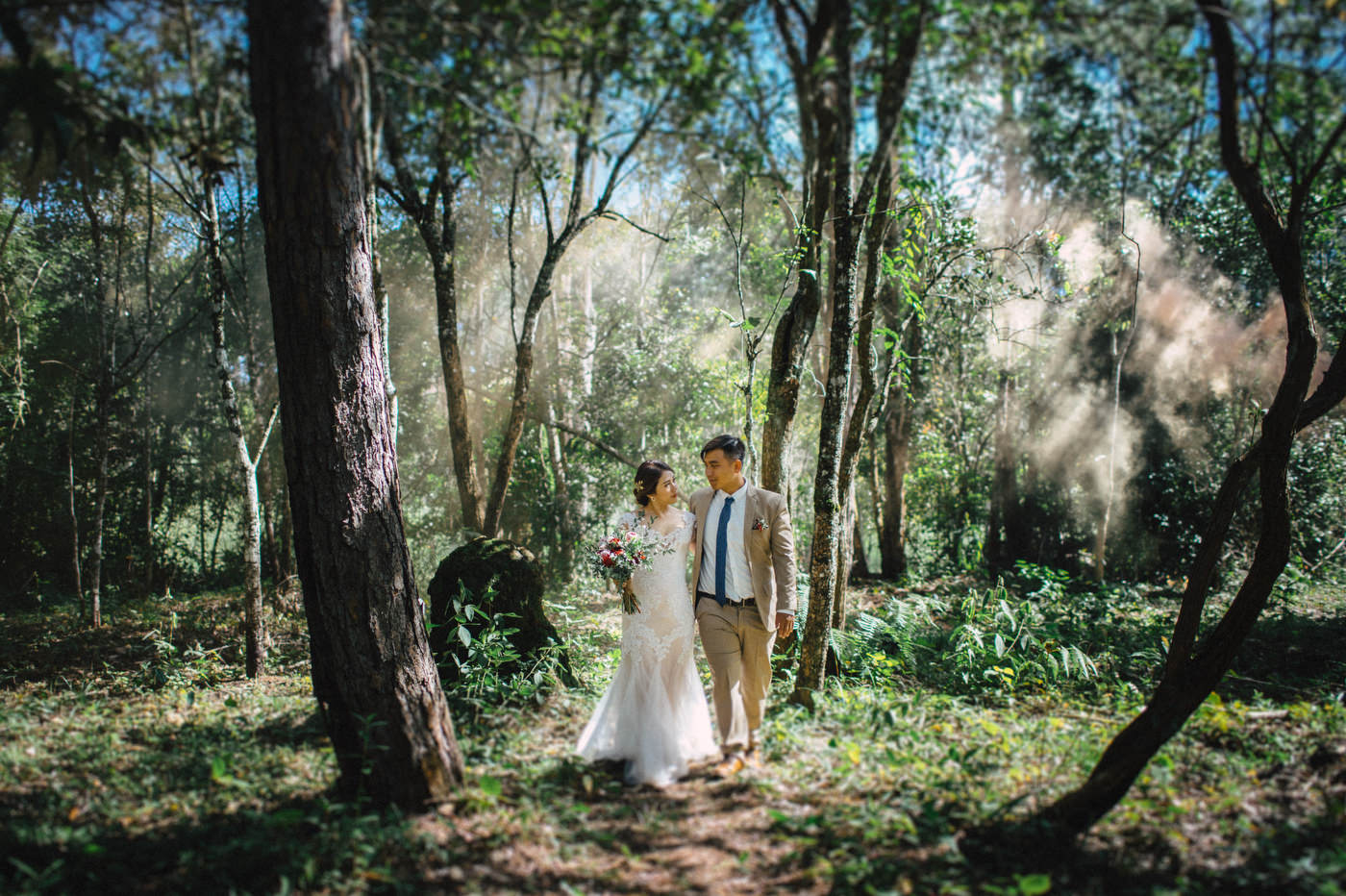 Another story starts from high school

Vi and Hoang know each other from high school time, when Hoang was still a typical bad boy. He told me he’d skipped classes, acted like a thug and fought with other high schoolers quite oftenly, sometimes for no reason. His family then decided to “exile” him, sent him to study abroad in a city with no relative and no Vietnamese friend, so he could focus more on studying, improving his behaviors and “surviving”. That was the hardest time in his life. During such challenged situation – mentally and physically – transforming from a rebel to a normal student, somehow Vi and Hoang still be able to keep there connection – just like their eyes had set on each other.

Ten years later, they came to me for an elopement, since they felt like their love has gone through enough time and hardships to understand that it is true. That was the time when Hoang came back to Vietnam for a trip, and they wanted to have an intimate ceremony with just the two of them in the woods. So we packed our stuffs and when to Da Lat with them. This highland city is perfect for such intimate occasion – it is called “the city of love” in Vietnam for such reasons. You can see more of our photoshoots in Dalat to see more of its beauty.

One secret to their long-distant relationship that survived almost 10 years, maybe this one thing Hoang mentioned in his vows: “Because I have belief in you” – said Vi to Hoang sometimes in the past – “I would not worry about anything, if it is you”. Those words really moved him, put into him such emotions, such desires which no one had said, or showed him before.

“Ever since that moment, I have already known that this will be a long, long journey, and my companion on this journey will always be you”